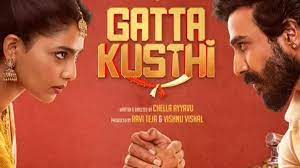 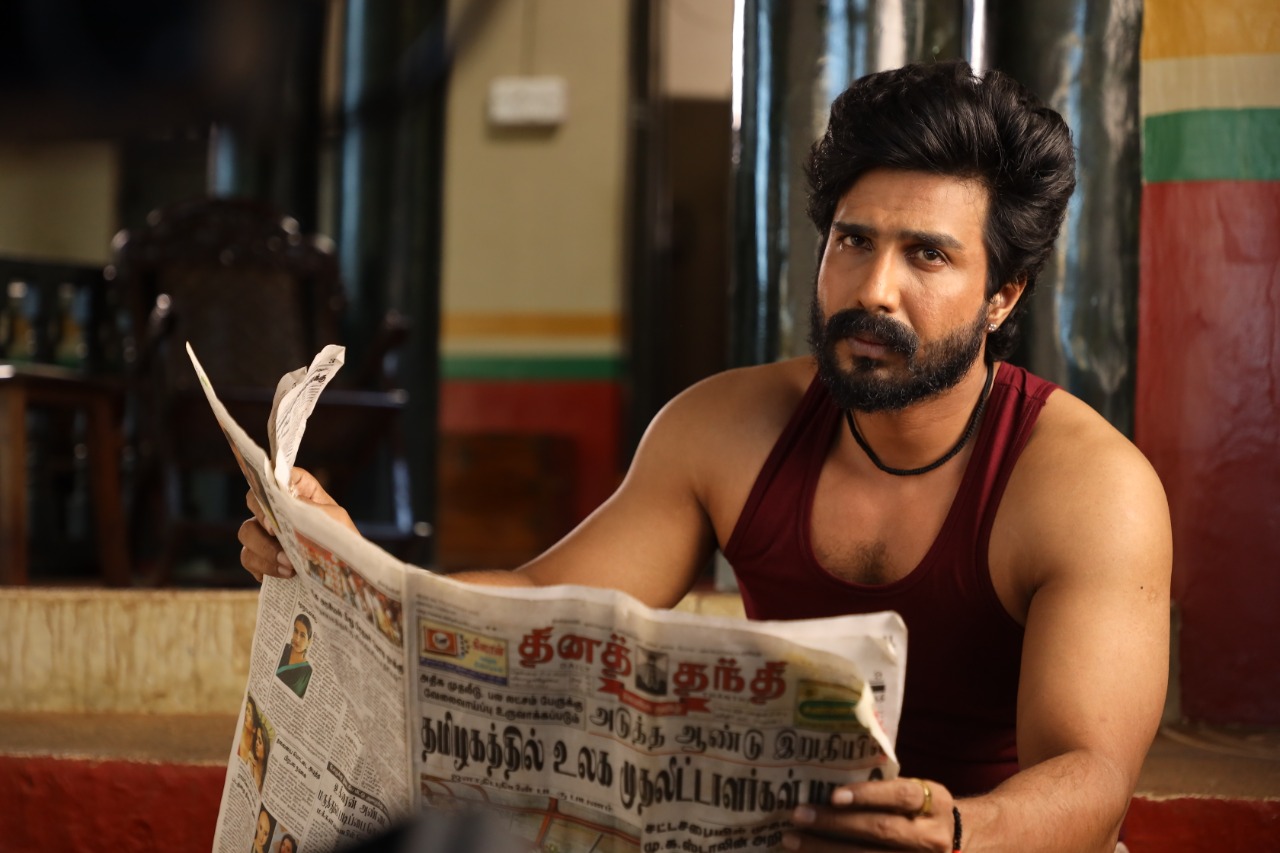 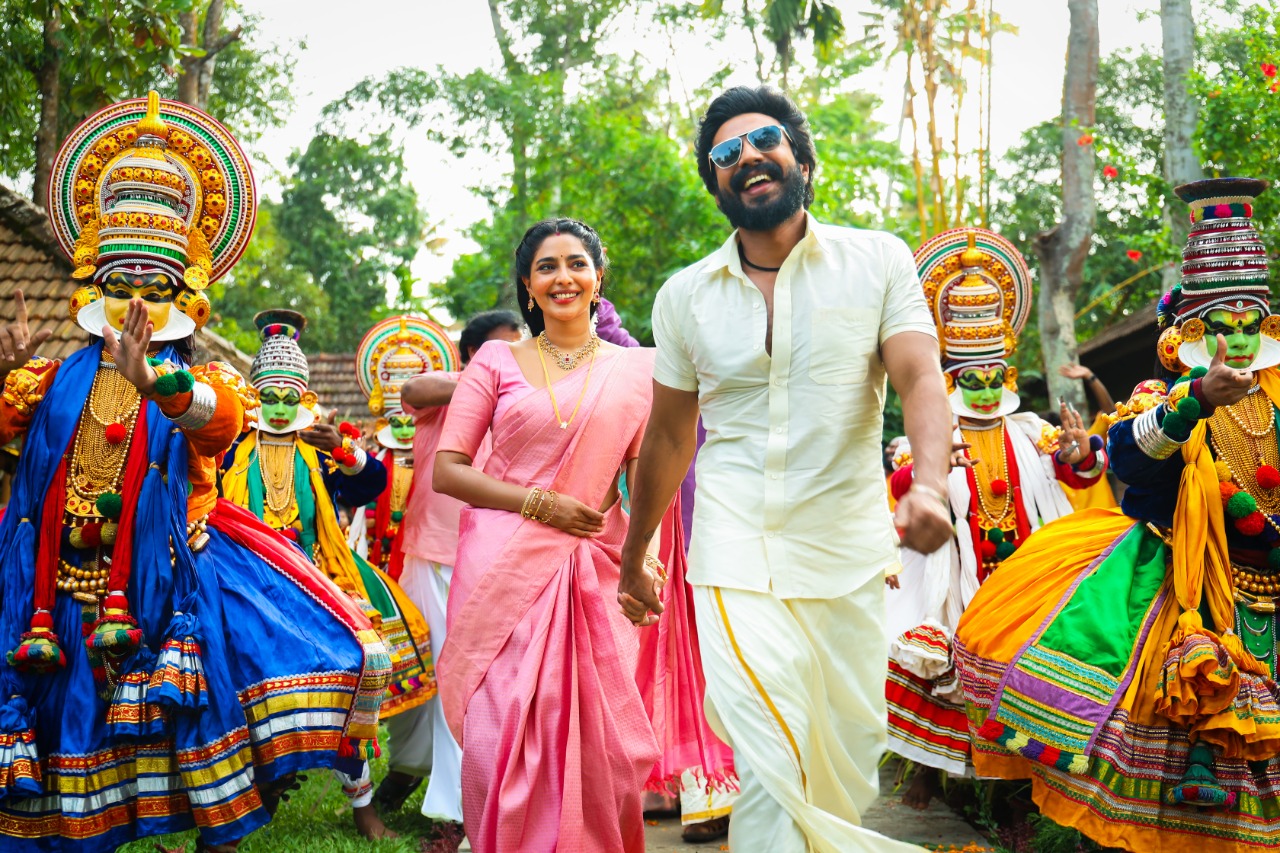 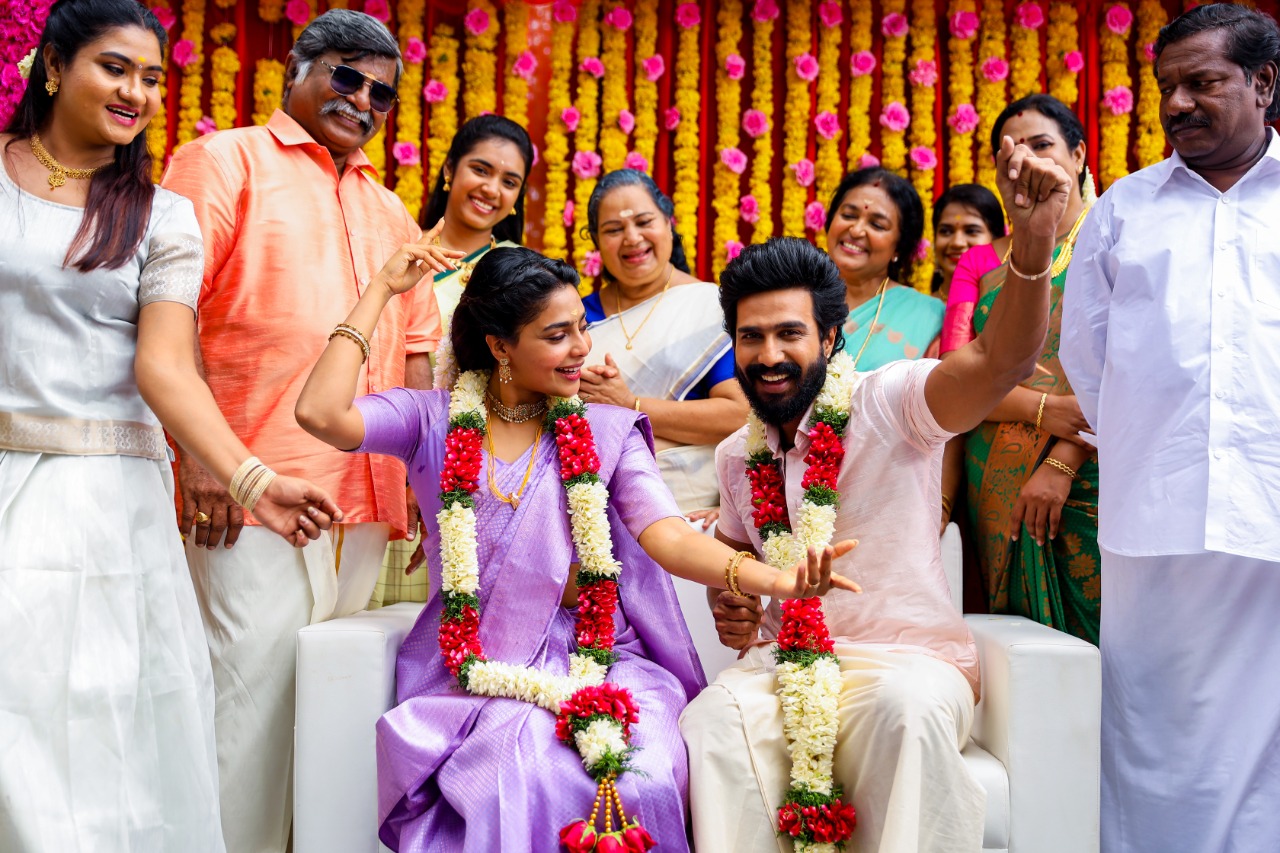 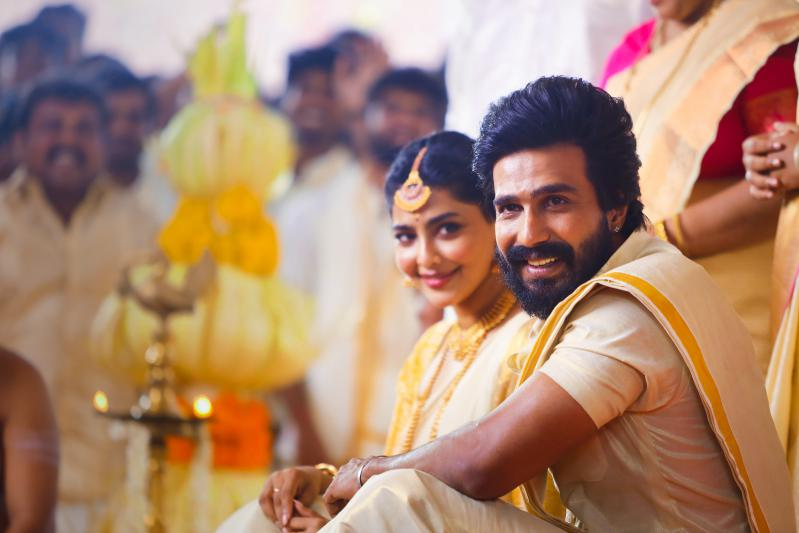 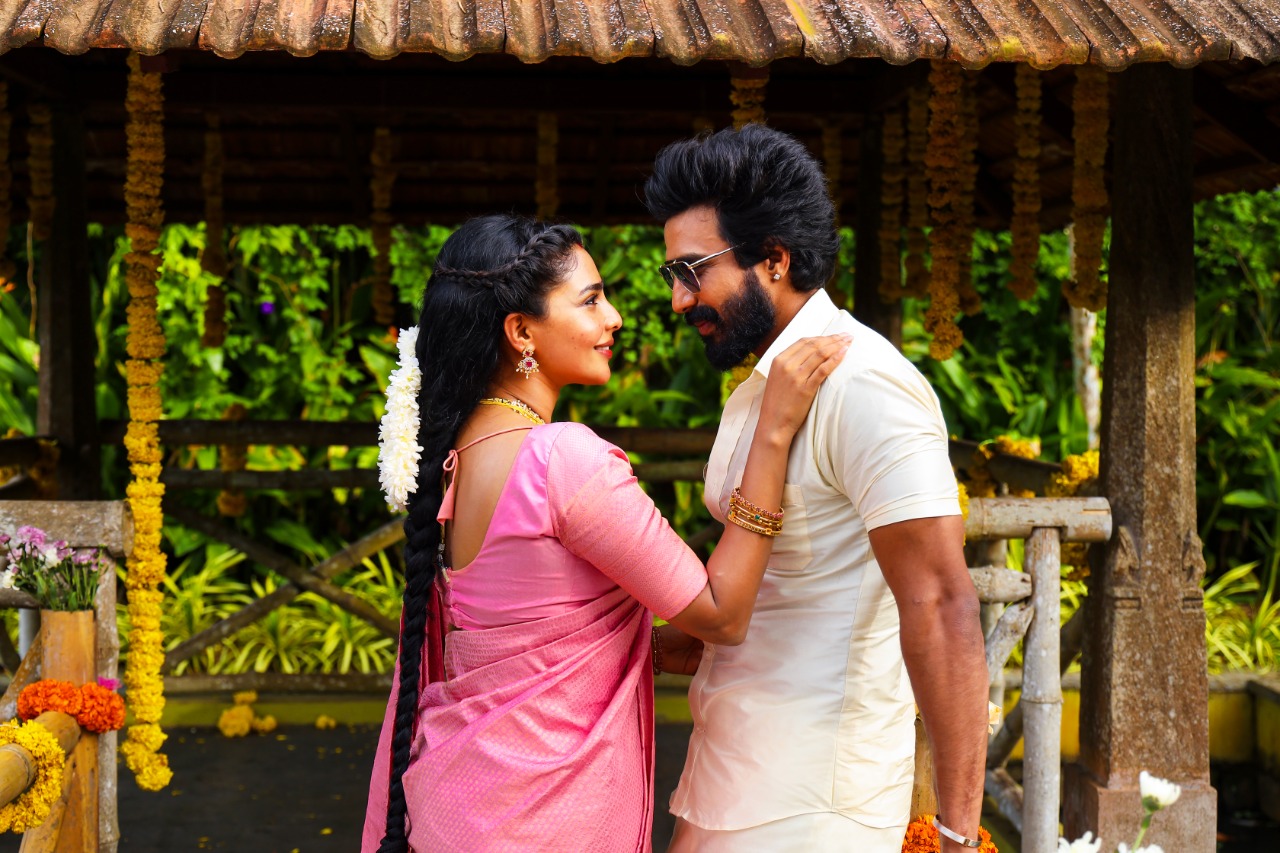 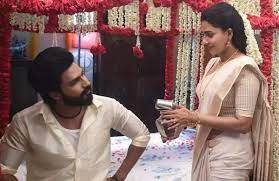 Belonging to a farmer family, Veera (Vishnu Vishal) has no father or mother. At the same time, Karunas, who is the head of the village panchayat and his uncle, is living in the style of Karunas, a man who is a man. In this envi ron me nt, Aishwarya Lakshmi, who grows up with Aladi Priyam in her stepfather Muniskanth’s katta kushti art on the border of Kerala, aspires to become a great fighter. So Keerthy’s (Aishwarya Lakshmi) family is struggling to find a groom because she has learned kata wrestling and won medals in many competitions and is carrying th at dream. Both of them get married after telling many lies. 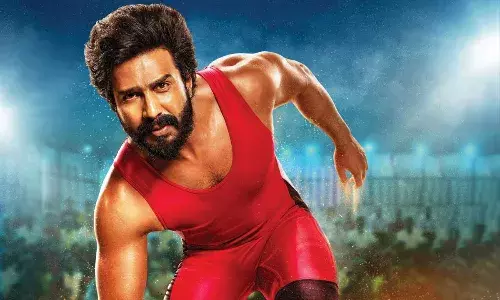 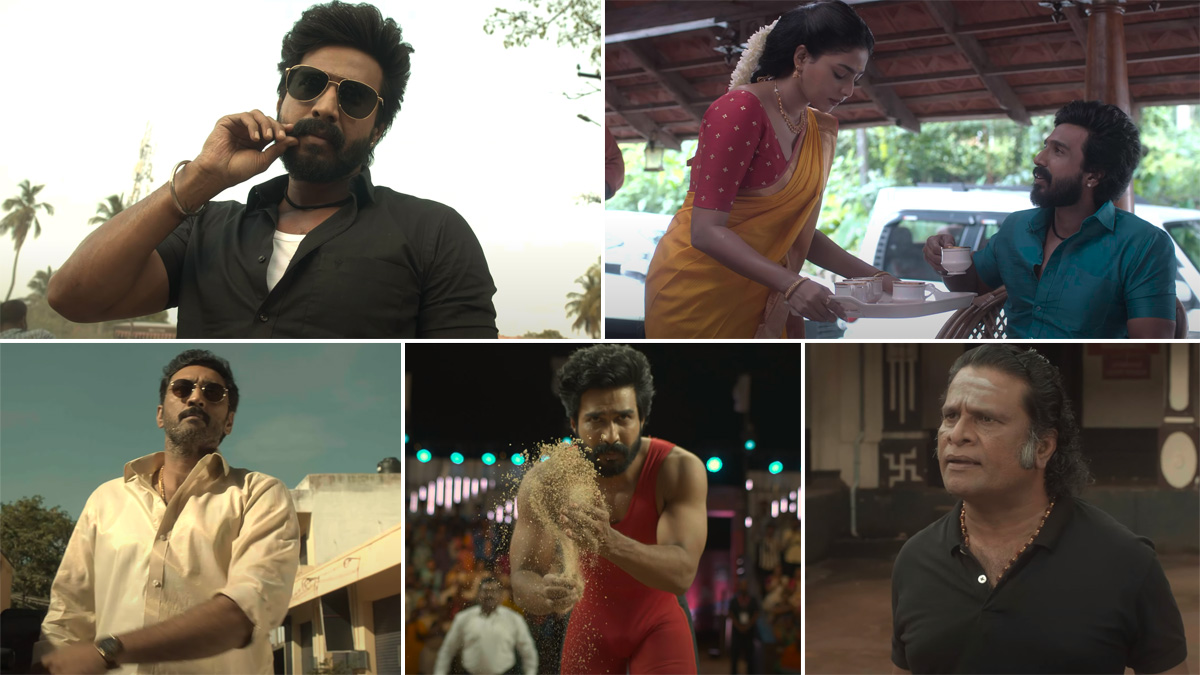 In this context, Karunas opposes the upcoming factory that exploits the resources of his village. Vishnu supports him. Vishnu undertakes the work of Karunas to send Karunas to jail due to the influence of the new factory ow ner. After this, the villain warns his wife to rebuke Vishnu. The villain party beats up Vishnu who disobeys his wif e’s advice. Seeing that, Aishwarya Lakshmi, who was an innocent wife who was afraid of her husband until that d ay, became a Patrakali and saved her husband by performing a learned trick called Kata Kusti. Just then, Vishnu is shocked to see Aishwarya’s true form. What happens next is the story.

In those days (just 80s to 90s) there was a weekly release of a movie with family style stories like SV Shekhar st arrer Sandal Kayiru, Vishu’s films, V. Shekhar’s films. Kata Kusti is a story line that forgets the current major issu es and leaves with a smile..!Vishnu Vishal fits the role of Veera who lives vicariously with Tenavette.. Although his commitment is not taken in some comedy scenes, he gets a pass mark. . At the same time, the heroine of the film, Aishwarya Lakshmi, also shines as the hero.. Aishwarya, who played the role of a flower girl in Ponni’s Selv an, in the film, to hide the lie told by her family, starts with the kolmaals she makes and goes into action when her husband is in danger and gets applause in the theater. Moreover, in the second part, he has scored by putting Ve era’s uncle who scolded him on the cheek and getting ready to compete against her husband. 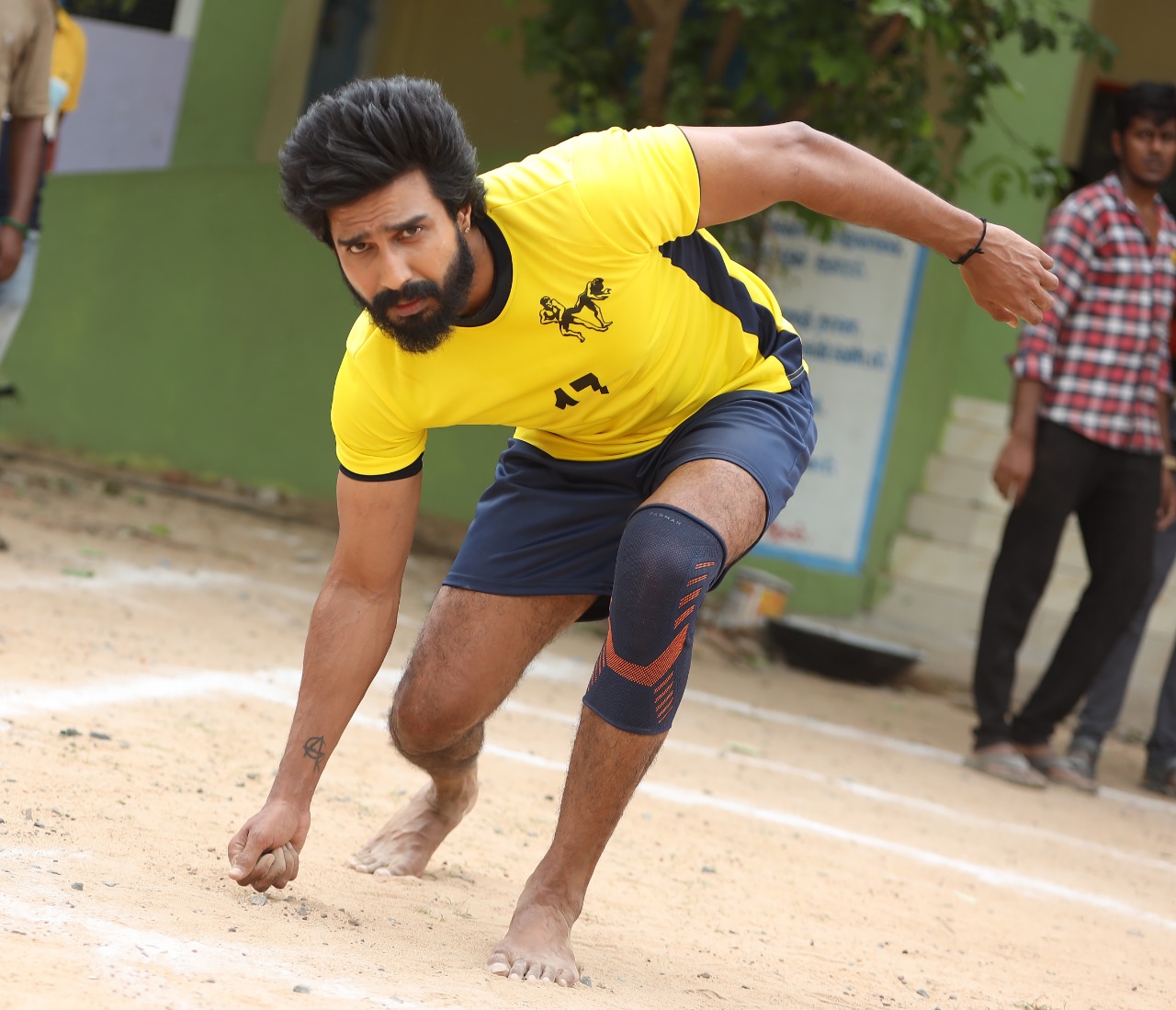 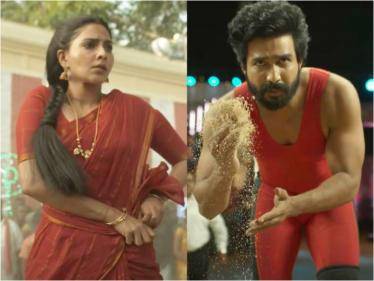 But somehow those who come as villains are not involved at all..Richard Nathan’s camera captures the Pollachi area vividly. Even more so, Asati is doing it with such involvement that the camera itself is going wild when he is doing Katakusti. Can’t get the songs.. .!Director Chellala Ayyavu’s message to the men that women are not equal sinners in his eyes, and the verses written based on it make me say wow.. Although this is a suitable title in Tamil, it could have been in a simple way to attract everyone.It’s called “Gatta Kusti”.Munishkanth, who participates in the famous Katta Kusti wrestling tournament in the state of Kerala and tries to win as the best player, is unable to win due to the problem of physical non-cooperation during the competition and incurs the wrath of the coac h.Aishwarya Lakshmi, who accompanies her stepfather Munishkanth from a young age, watches her wrestle wi th interest and later becomes the best wrestler in the sport of Kata Kusti wrestling. 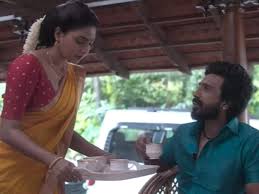 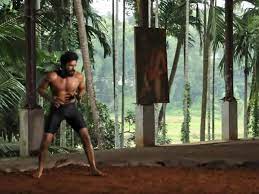 The girl left the groom who came to see her for marriage,,,, they are afraid to marry the Kata Kusti wrestler Aish warya Lakshmi to their son.In this case, the hero Vishnu Vishal is looking for a girl with the help of his father-in-law Karunas on the condition that if he gets married, his wife should be less educated than him and her hair sho uld be thick and long.At one point, after a long time, Karunas meets his school friend Munishkanth,,,,knows that Vishnu Vishal is looking for a girl for marriage,,,, and becomes the girl that Vishnu Vishal expects,,,,, cuts his stu dies and attaches synthetic hair to Aishwarya Lakshmi’s hair and lies to Vishnu Vishal and marries him to Aish warya Lakshmi.At the time when Vishnu Vishal is living happily with his expected wife Aishwarya Lakshmi, wh en both of them are attending the temple festival as a couple,,,, 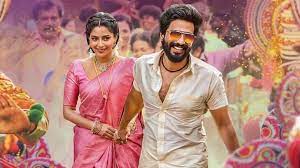 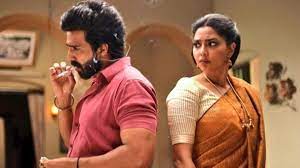 Aishwarya Lakshmi as a husband who tries to be his wife,,,, at the end as a katta kusti wrestler in the action sce nes impresses everyone with his natural performances as an experienced actor.Aishwarya Lakshmi as the hero ine, throwing away her opponents in matches, turning into an action player when she fights off the villain’s men to save Vishnu Vishal, Keerthi as Vishnu Vishal’s quiet, non-demonstrative wife, is the most appreciable perfor mance throughout the film. Revealed!Shatru, Munish Kanth, Karunas, Harish Beradi, Kali Venkat, Redding King sley, who will be the villain, all contributed to the performance. 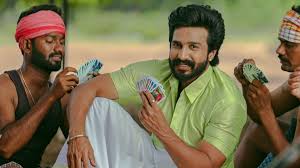 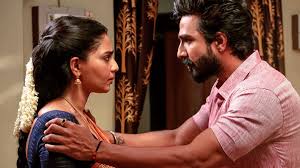 Richard M. Nathan’s cinematography and Justin Prabhakaran’s music complement the plot!!In the story cent ered on the heroine as a wrestler known as Kata Kusti, Vishnu has carefully crafted Vishal’s character, on the one hand, Karunas talks about wives, on the other hand, on the other hand, the women talk about their husb ands, and the theater shakes with laughter as the theater shakes with laughter. Director Cella Ayyavu has dire cted this movie as a family comedy film that everyone will enjoy with the family, and the story screenplay will make the audience laugh and tell the importance of the wife in the husband-wife relationship through the dial ogues.

No comments to show.