The exciting teaser unveiled Samantha struggling to eat, sleep and survive amidst chaotic situations. Playing the role of a Pregnant woman, she’s seen ‘doing the don’ts’ suggested by the lady doctor. Why is she struggling to li ve? What is she striving to unfold? That is the mystery that shall be revealed in the film says producer Sivalenka Krishna Prasad.

Made on a lavish budget, the visuals look rich, and the locations are engaging. Manisharma’s background score elevated the visuals and technically it looks topnotch. 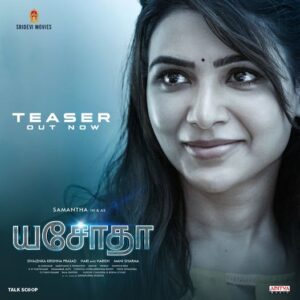 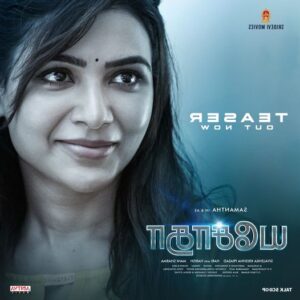 Speaking on the occasion, Producer Sivalenka Krishna Prasad says “Our Teaser has received fantastic response all over the country, in all languages. It’s the first ‘Teaser’ to be screened in 1​800+ theatres across the nation. We’ ve experienced phenomenal applause in theatres and social media. Extremely glad to hear appreciation about Sa mantha’s performance and production values. Samantha put her blood & sweat to make this an uncompromised edge-of-the-seat action thriller. Story itself stands out and the thrilling visuals in the teaser are just glimpses of the excitement you’ll experience watching the movie. We haven’t left any stone unturned to maintain the techn ical values and made the film on a lavish budget in 100 days. Dubbing work is almost done, VFX and Rerecording work are in process . Amidst this positive response, we’re planning to release it in Telugu, Tamil, Kannada, Mala yalam, Hindi grandly. Stay tuned for the release date announcement coming soon”