New Delhi, September 15, 2022: The 25th edition of the coveted JK Tyre FMSCI National Racing Championship – 2022 will commence this weekend with the first round scheduled from 17th-18th September, 2022 at the Kari Motor Speedway in Coimbatore.

The championship which began in 1997 has over the years produced some of country’s best racing drivers who have done the country proud at the world stage of motorsport. Names like Narain Karthikeyan, Karun Chandh ok, Gaurav Gill, Armaan Ebrahim, Aditya Patel, Arjun Maini, Kush Maini, Yash Aradhya are all prodigies of this premier racing program. 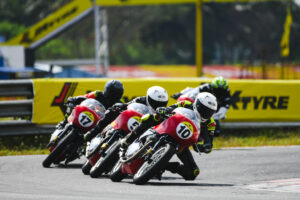 Further, giving the young talent the platform to step into the world of racing is the JK Tyre Novice Cup. The No vice Cup will feature 20 newcomers in a grid of 31 cars who will fight for the title. As the name suggests, this category caters to newcomers and young enthusiasts from the field of racing. Last edition’s podium finishers Chennai lad Aadithya Parasuram, Chetan Surineni from Bangalore will feature again this time.

Adding more cheer to the weekend, 25 riders will also be seen competing in the JK Tyre presents Royal Enfield Continental GT Cup. This year, the format of the championship has been changed to a Pro-Am Series with 10 professional and 15 amateur riders competing together on the same grid. With its new Pro-Am series format, the upcoming edition of India’s only retro-racing championship promises to be faster and fiercer, showcasing every nuance of racecraft.

Anish Damodara Shetty of Hubli, who clinched the debut Championship title in the Royal Enfield Continental GT Cup in last edition, will be defending his title this time, while last edition’s podium finisher Meka Vidhuraj, and Allwin Xavier, Anfal Akhdhar will give him a tough fight among the other contenders. 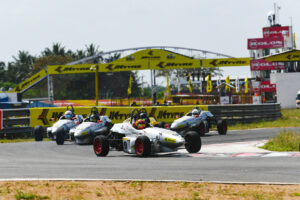 Apart from the three usual categories, is the introduction of JK Tyre Presents Endurance League Cup 2022 Po wered by United CRA. Endurance race, as the name goes, test the durability and the endurance capacity of both the man and machine. Based on the international format of non-stop racing, the category will feature 250 cc r ace bikes wherein 20 teams of three drivers each will race non-stop for 60 minutes with two driver changes in their fight for the debut title.

Speaking ahead of the 25th edition, Mr Sanjay Sharma, Head-Motorsports, JK Tyre said, “JK Tyre has been the driver of opportunities for the growth of motorsport in India for decades. Motorsports is engrained in our very DNA and we are extremely committed to providing the young and budding talent a wide range of opportunities and a definite platform to grow. Bearing testimony to our commitment is the fact that we are the only manufac turer to have run a championship in India for 25 continuous years. We’re glad to commence the 25th edition of this coveted championship this year and excited to continue to keep growing our legacy. We are looking forward to blazing, neck to neck action this weekend. I wish all the participants the very best.”

JK Tyre has been closely associated with the world of motorsports for almost three decades. The company laid down a long-term plan to popularize and promote the sport in the country. Its first target was to change the noti on that this was a sport for the elite. So, it packaged and redesigned it in a spectator-friendly way, drawing the masses to the sport. JK Tyre’s efforts started paying dividends in just a few years’ time, with the likes of Narain Karthikeyan and Karun Chandok going all the way to the F1 rung, the highest level of single-seat racing in the world. Since then, a number of stars emerged, including Armaan Ebrahim, the Maini brothers (Kush and Arjun), Anindith Reddy Konda, amongst many others. JK Tyre Motorsports is very proud of the role it has played in brin ging women into motorsports in a big way. Apart from encouraging them to get into the sport through karting as kids, the company also gave them opportunities in various national championships. With a vision to promote wo men in motorsports, the company has curated women-centric events such as JK Tyre WIAA Women’s Rally to Valley, JK Tyre Defence Wives Power Drive, JK Tyre-YFLO Women’s Power Drive, JK Tyre Times Women’s Drive apart from introducing an all-women’s team in the JK Tyre National Racing Championship to encourage women to take up to the sport.