Very few filmmakers have the confidence to step out of their comfort zone and go for a never-before attempt with sheer vision.

Very few filmmakers have the confidence to step out of their comfort zone and go for a never-before attempt with sheer vision.

Very few filmmakers have the confidence to step out of their comfort zone and go for a never-before attempt wi th sheer vision. Filmmaker Shakti Soundar Rajan has evidently become an epitome of such paradigms, where he keeps landing in different domains with every movie. Having made a space-based thriller (Tik Tik Tik), a vamp ire-thriller (Miruthan), and a cute doll-based love story (Teddy), he has turned the spotlights upon his forth comi ng movie Captain, a Man-Alien survival thriller starring Arya as the lead character. With the film hitting screens this Thursday (September 8, 2022), the director shares his experience in creating this movie. 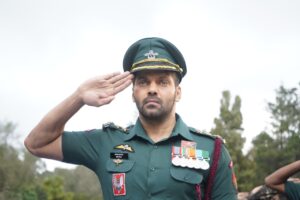 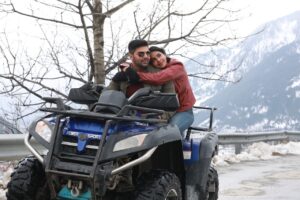 “According to me, every movie has a starting point. There would be some element that instigates the process, and with Captain, it was to make a movie for a theatrical experience with the best visual and sound factors for the audiences. Although the idea was exciting, I was doubtful if the project would get materialized as envisaged. However, I gained more confidence with the arrival of Arya and Swaroop sir. Their complete trust in me expelled my doubts and fears. In fact, their support and trust encouraged me to go ahead and pull them off efficiently. I al ways believe that bonding between a director and actor strengthens the value and result of a movie more than the budget. While working with Arya in Teddy, I could feel it, and now with Captain, we have developed a bro th erly bonding. I can assure you that Captain will be a great theatrical experience for audiences of all age groups,” says Shakti Soundar Rajan. 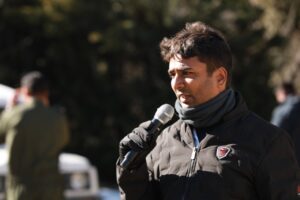 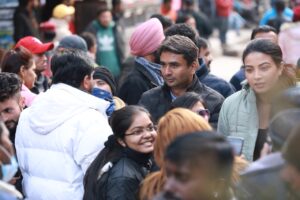 Captain is written and directed by Shakti Soundar Rajan and is produced by Think Studios in association with actor Arya’s The Show People. Apart from Arya, the others in the star cast include Simran, Aishwarya Lekshmi, Harish Uthaman, Kavya Shetty, Gokul Anand, Suresh Menon, Bharath Raj, Ambuli Gokul, and a few more pro minent actors.

ENGLISH, TAMIL MOVIES, TAMILNADU
Very few filmmakers have the confidence to step out of their comfort zone and go for a never-before attempt with sheer vision.