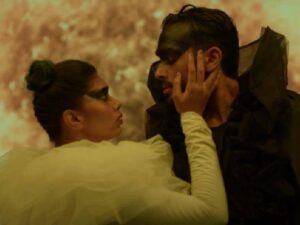 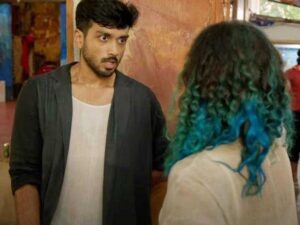 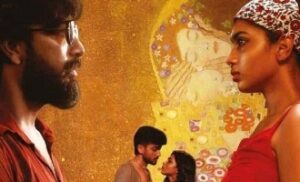 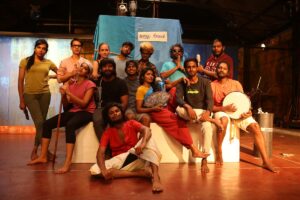 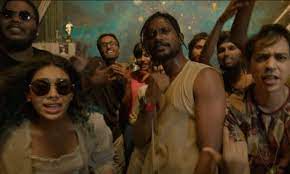 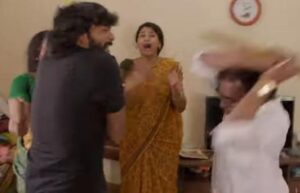 Dushara, Kalai and Kalidas play theatre actors with a small troupe. The film sets off with the troupe trying to de cide what their next play is going to be about. Discussions turn to each of their interpretations of love and desire, and very soon, conflict slips in. Here is where the director seems to indulge in a little bit of clever wordplay. Kal ai’s character Arjunan comes from a dominant land-holding caste. He starts passing snide remarks about “naada ga kaathal” (loosely translated as drama-love, or fake love), a prejudiced narrative used in Tamil Nadu against Dal it men who dress stylishly in jeans and sunglasses to allegedly “lure upper-caste women.” This deliberately vindi ctive representation, not unlike the myth of ‘love jihad’, has found its way from electoral politics into movies like Draupathi. In Natchathiram, Ranjith flips the idea of “naadaga kaathal” into an actual theatre play about love. 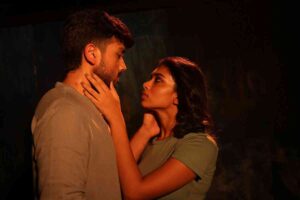 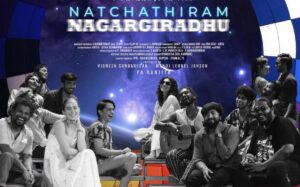 The troupe’s director decides that their next play is going to be one that offers a progressive critique of how love is held hostage by heterosexuality and caste endogamy. Arjun (Kaliyarasan) leaves his hometown and comes to P uducherry with the dream of acting in cinema and becoming a big hero. There, he joins a theatre group and eng ages in acting training, but conflicts with the group’s ideologies. A political play is planned to be held by the dram a group. This also leads to a romantic break between Dushara Vijayan and Kalidas. ‘Natchathiram Nagargirathu’ is a film that tells us whether a political drama was played out in the Nakshatra crowd, what happened to Arjun, and what happened to Tushara-Kalidas’s love? Is the rest of the story.

A heroine with arrogant body language, fearless attitude, speaking her mind, doing what she likes and being clea r about what she wants. Kalidas Jayaraman has played the role given to him brilliantly. But, his character could h ave been written with more depth. Kalaiyarasan’s performance in the reactionary role is impressive. The great s trength of the film is the excellent acting of the characters in the ensemble cast. The troupe is composed of peo ple from various castes, genders and sexualities. Their lived experiences with romance, the way society looks up on each of their loves is also vastly different, Ranjith makes a point to show.Director Pa. Ranjith takes us by the hand to a new world completely away from the romantic films we have seen in Natchathiram Nagargirathu Tamil movie. Love in that world was not limited to a man and a woman. Instead, love shines across gender, caste, religion and colour differences. 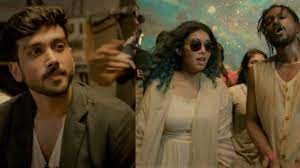 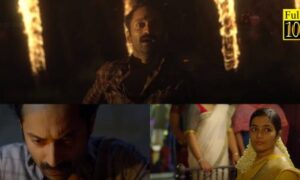 Especially there, the love of transsexuals is discussed without hesitation. No women were bound to men, no we eping women, no saviour-minded men. This new development in Tamil cinema should be appreciated. Du shara Vijayan, who played the widely-loved Mariamma in Ranjith’s Sarpatta Parambarai returns as Rene. Rene is per fectly summed up in a searingly beautiful sequence with Arjunan: “Are you a communist?” he asks, both in awe and slightly dazed by the ferocity of Rene’s politics. “I’m an Ambedkarite,” she shoots back with a jaunty smile, while savouring a plate of beef fry. When it comes to signature shots, Pa. Rajith will nail his talents. The movie is screened as a drama and a good entertaining movie with the merge of politics. The writing must be improved a bit, which would be more satisfying. 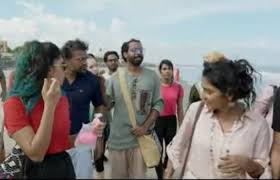 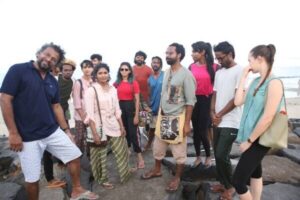 The process of how each of us come into our personal politics is a significant aspect of Natchathiram. There is a point when Arjunan has been deeply offensive to his colleagues, and later, ashamed of himself, he decides to le ave. It’s Rene who insists he stays. “He should face each of us. Face his mistakes. If he goes away, he will never le arn,” she says. Rene, the staunch Ambedkarite, recognises that the process of politicisation is one of ackno wle dging one’s own bigotry and misinformation. It’s a process of unlearning and accountability. And finally, it is a li felong progression towards something more radical. So when she later throws open the theatre doors painted with a large Buddha and Arjunan follows her out, the scene strongly recalls the lyrics, “Neeye oli, neeye vazhi” (be your own light, be your own path) from Sarpatta. Few scenes would test the patience as the movie is lengthy. Natchathiram Nagargiradhu will not satisfy the commercial audience. 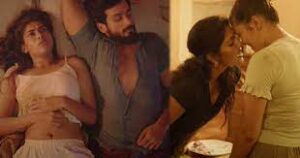 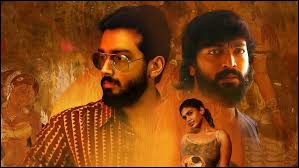 Anyways it is a new attempt at Tamil cinema. Watch Natchathiram Nagargiradhu Tamil full movie in theatres. Ka lai owns his role as the kind of toxic cis-het male who many, many of us have dealt with. He is misogynist, casteis t, homophobic and transphobic. His ideas about love are excruciatingly filmy. His transition away from such dark ness is messy. There are multiple times he’s so thoroughly exasperating, you find yourself muttering irritably at t he screen: a testament to the actor’s potential. Kalidas Jayaram, Kalaiyarasa, Dushara Vijayan as Rene, Sindhuja Viji, Shabeer Kallarakkal, Charles Vinoth, Manisa Tait, Hari Krishnan Anbudurai, Subatra Robert and Vinsu Rach el Sam. Natchathiram Nagargiradhu movie is directed by Pa. Ranjith and produced by Vignesh Sundaresan and Manoj Leonel Jahson under Yaazhi Films and Neelam Productions. The music is composed by Santhosh Narayan an. Dushara’s Rene is someone whom caste has followed around her whole life. 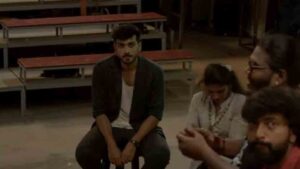 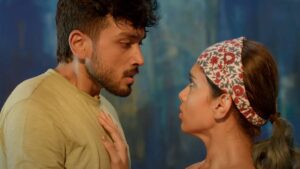 Which is how she explains her stylishness, her sass, her defiance and anger, but also her closely guarded vulnera bility. Rene points out that as a Dalit woman, this is the only way she knows how to be. Dushara’s acting however feels uneven at times. There are large portions she absolutely shines in, but others where she comes off as artif icial, lacking the easy aplomb with which she pulled off Mariamma. She is still a joy to watch on screen, and a rel ief from the pale-skinned heroines who Kollywood routinely casts as the ideal woman. This is only Dushara’s se cond such lead role, and I fervently hope to see her continue to make her mark in the Tamil industry. Kalidas Ja yaram’s Iniyan, Rene’s once-partner, provides another interesting insight into masculinity. The actor manages to both portray the parody of a Kollywood-type jilted lover when needed, and yet have flashes of self-awareness that flesh out his character.

Another fan-favourite from Sarapatta to return is Shabbir Kallarakal aka Dancing Rose. It’s as if the director fo reshadows the mockery the film is likely to receive from some quarters. Shabbir’s character is someone who sl ips into the film with such an otherworldly menace, it’s hard to tell if he’s human or something more terrifying. A s in each of his previous movies, Natchathiram marks a tonal shift in Ranjith’s filmmaking. At times, he sticks to a direct narrative style — until the story suddenly, through the drama troupe’s play, becomes dreamlike and abs tr act.Music director Tenma’s score fits seamlessly into the events of Nachathiram. Whether it’s the introduction song ‘Rangaratinam’ that helps set the tone for the film, or the compelling sweetness of the title track ‘Natcha t hiram Nagargiradhu’, voiced by singer-songwriter Arivu and Sharanya Srinivas, each of them is unforgettable. 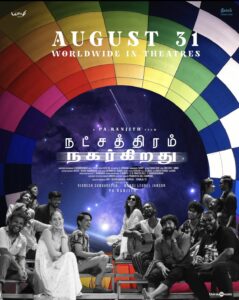 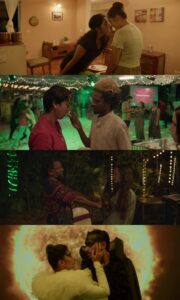 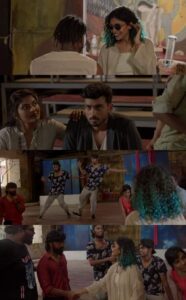 The second is particularly a surprising shift for Arivu, whom we’ve mostly heard as a hip-hop artist. Natchathira m is Tenma’s second time as a film’s music composer and he leaves us with an album just as memorable as that of Irandam Ullagaporin Kadaisi Gundu.If there was one aspect that I felt could have offered a lot more, it is the rep resentation of LGBTQIA+ politics. This is perhaps where the film is most lacking. Ranjith wants to register his so lidarity in Natchathiram very firmly, but a story must also go beyond solidarity. To talk about queer love and LGB TQIA+ experiences specifically, it would have been better if the film had been co-written by an LGBTQIA+ perso n. Without that, several of the characters sound two-dimensional, though the actors give their best. Natchathira m is one of the few Tamils films to attempt a progressive representation, so from Ranjith I hope for more.Ultim at ely, Ranjith leaves you not with a simplistic happily ever after, but something far more essential: a spark of defia nce, so that we may remember to keep on resisting