Actor Arun Vijay’s scrutinizing efforts in choosing good and unique scripts keeps working successful results for him, which is illustrious with the commercial success of his recent release ‘Yaanai’. And now, the actor is all set to enthrall the audiences with an intense and emotional action thriller ‘Sinam’. With the film hitting screens tomorr ow (September 16, 2022), the actor shares his working experience in this movie.

“Anger is an inherent part of everyone, and it has different forms. In particular, there is one form of anger that is prevalent among almost everyone in today’s society, where we get infuriated about many unjust and social evils but still walk away or refrain from reacting knowing that it’s of no use. The core premise of Sinam will have one such element that makes the protagonist set out and combat the odds and seek justice,” says Arun Vijay, who al most admits that he has underplayed a lot in this movie in comparison to his previous movies. He continues to add, “When director Kumaravelan narrated the script, I could feel a lease of uniqueness in my character. Having played action-packed roles and larger-than-life characters, I felt both the script and my role were interesting. There are action sequences in the film that blends well in the script in a realistic manner.” 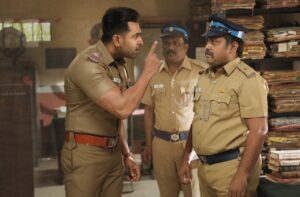 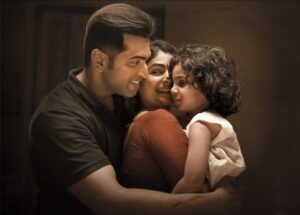 Sharing his working experience with director Kumaravelan, Arun Vijay says, “He has the directorial proficiency as a genetic factor. His conviction and vision are absolutely perfect, and his ability to visually translate his script is amazing. My father Vijaya Kumar, the producer of this film is so happy that the film has shaped up well. The fil m is a package of emotions, family elements, action, thriller and it has ingredients savoring the tastes of universal audiences.” 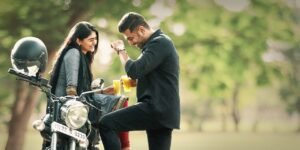 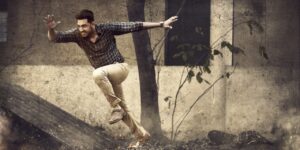 “Palak Lalwani is a dedicated artiste. The way she inhaled her characterization and delivered it exactly as envisa ged by the director is brilliant. Kaali Venkat has come up with an extraordinary performance in this movie. It will be yet another milestone for him after his colossal work in Gargi,” says Arun Vijay, who signs off stating Sinam will have a deep impact on audiences as they walk of out our theaters.