New Delhi, Sep 15, 2022 – Air India today unveiled its comprehensive transformation plan, to establish itself, on ce again, as a world-class global airline with an Indian heart – the absolute best in class in customer service, in te chnology, in product, in reliability and in hospitality. The plan is fittingly titled “Vihaan.AI”, which in Sanskrit sign ifies the dawn of a new era, with identified objectives for Air India over the next 5 years.

As part of Vihaan.AI, Air India has put into place a detailed roadmap with clear milestones focussing on dramatic ally growing both its network and fleet, developing a completely revamped customer proposition, improving reli ability and on-time performance, and taking a leadership position in technology, sustainability, and innovation, while aggressively investing behind the best industry talent. Over the next 5 years, Air India will strive to increas e its market share to at least 30% in the domestic market while significantly growing the international routes fr om the present market share. The plan is aimed at putting Air India on a path to sustained growth, profitability and market leadership.

The Airline’s CEO, Mr. Campbell Wilson along with senior management members who are together driving this transformation, unveiled the Vihaan.AI plan with the entire organization through Workplace, its virtual commu nication and engagement platform. Over the coming days and weeks, the management team will engage employ ees across regions, departments, and locations through a series of physical and hybrid sessions.

Vihaan.AI has been developed after extensive feedback from Air India employees on their aspirations and hopes for the airline’s growth. Vihaan.AI focuses on five key pillars, exceptional customer experience, robust operation s, industry-best talent, industry leadership, and commercial efficiency and profitability. While the immediate fo cus of the airline remains on fixing the basics and readying itself for growth (Taxiing Phase), the more medium-t o-long term focus will be on building for excellence and establishing scale to become a global industry leader (Ta ke Off & Climb phases).

90 years ago, in exactly a month from today, a young JRD Tata piloted the first flight of the airline that would bec ome Air India. Since then, Air India and its employees have persevered through many challenges before its home coming back to the Tata group. Vihaan.AI is the roadmap to restoring Air India on the global map, making it the world class, digital, Indian airline it is meant to be . 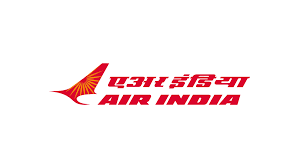 Commenting on Vihaan.AI, Mr. Campbell Wilson, MD, and CEO, Air India said, “This is the beginning of a historic transformation for Air India, and the dawn of a new era. We are laying the foundation for a brave new Air India, with a renewed sense of purpose and incredible momentum.  Vihaan.AI is our transformation plan to make Air In dia the world class airline it once was, and that it deserves to be again.  We are absolutely focussed on being rec ognized as a world-class airline serving global customers, with a proudly Indian heart.”

“The transformation has already started – a slew of initiatives in areas like refurbishing cabins, serviceable seats, in-flight entertainment system are already underway. We are also adopting proactive maintenance and refining flight schedules to enhance on-time performance. Our fleet expansion will involve a combination of both narro w-bodied and wide-bodied aircrafts to cater to varied network needs. The excitement and shared commitment to drive Vihaan.ai is palpable across the organisation and stakeholders will recognise the changes as the new fa ce of Air India emerges,” added Mr. Wilson.

Founded by the legendary JRD Tata, Air India had pioneered India’s aviation sector and the airline’s history is, in fact, synonymous with the annals of civil aviation in India. Since its first flight on October 15, 1932, Air India has spread its wings to become a major international airline with a network across USA, Canada, UK, Europe, Far-Ea st, South-East Asia, Australia and the Gulf. The airline also has an extensive domestic network, including far-flun g areas of India’s North-East, Ladakh, Andaman & Nicobar Islands. Air India has been a member of Star Alliance, the largest global airline consortium, since July, 2014.

India’s first international budget carrier, Air India Express was launched in 2005 to meet the need for affordable services on short and medium haul routes- connecting smaller towns directly to the Gulf and South East Asia re gions. After 69 years as a Government-owned enterprise, Air India and Air India Express were reacquired by the Tata group in January 2022. Post the acquisition, time-bound transformation milestones have been laid out and a series of steps have been initiated towards achieving the same in order to ensure Air India once again emerges as a world class airline.

About the Tata group:

Founded by Jamsetji Tata in 1868, the Tata group is a global enterprise, headquartered in India, comprising 30 companies across ten verticals. The group operates in more than 100 countries across six continents, with a mi ssion ‘To improve the quality of life of the communities we serve globally, through long-term stakeholder value creation based on Leadership with Trust’.

Tata Sons is the principal investment holding company and promoter of Tata companies. Sixty-six percent of the equity share capital of Tata Sons is held by philanthropic trusts, which support education, health, livelihood gene ration, and art and culture. In 2020-21, the revenue of Tata companies, taken together, was $103 billion (INR 7.7 trillion). These companies collectively employ over 800,000 people. Each Tata company or enterprise operates in dependently under the guidance and supervision of its own board of directors. There are 29 publicly-listed Tata enterprises with a combined market capitalisation of $314 billion (INR 23.4 trillion) as on December 31, 2021. C ompanies include Tata Consultancy Services, Tata Motors, Tata Steel, Tata Chemicals, Tata Consumer Products, Ti tan, Tata Capital, Tata Power, Tata Communications, Indian Hotels, Tata Digital and Tata Electronics.