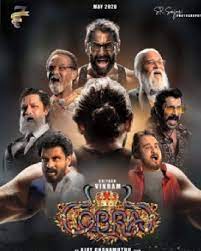 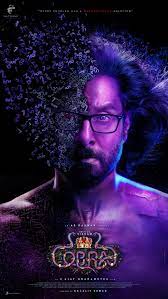 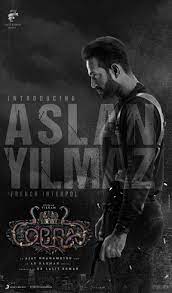 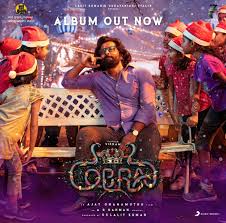 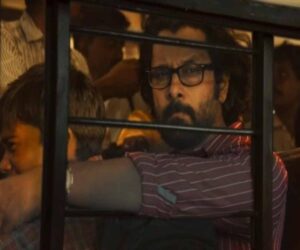 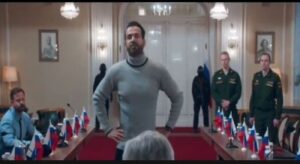 A Turkish Interpol officer, Aslan Yilmaz investigates the assassinations of Chief Minister of Odisha and Prince of Scotland, where he, along with a young criminologist, Judith Samson, deduce that Cobra, who is known for exe cuting flawless assassinations, is the mastermind behind the assassinations. The duo get inputs regarding the modus operandi of Cobra. He assassinates his targets using mathematical skills, leading them to believe that he is a professor of mathematics. Their investigation leads to the victims having a common connection with a corp orate business tycoon, Rajeev Rishi, and that Cobra is Madhiazhagan “Madhi”, a mathematics professor with ps ychological issues. How Aslan, with the help of Judith, manages to nab Cobra forms the crux of the plot.

As with most scripts actor Vikram is drawn to, a lack of effort or a shortage of ideas are seldom reasons why the final film ends up disappointing us. Like most of his recent films, Cobra too goes all out in all directions. It’s ambit ious to a fault and it’s difficult to place this thriller into any one template we’ve seen before. Parts of it might see m derivative, but when the film’s fresh ideas click into place you feel drawn to the original vision, seduced by mo ments of glory that deserved a better film.Vikram has always been doing roles which are quite complex. The sam e happens here with Cobra as well. He gets a role with dual shades and performs it beautifully. All the hallucinati on scenes performed by the star hero are top notch.Srinidhi Shetty gets a good role and does her bit in the first half. Irfan Pathan makes a decent debut and is neat as a cop. Though he does not create much impact to the film, he has done a decent job. Mrunalini Ravi gets a neat role in the flashback and she was good. 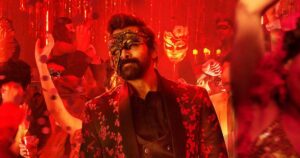 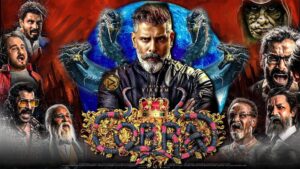 Roshan Mathews gets a negative role and he is impressive.I felt the full rush of this high in a beautifully imagined surreal stretch set in St.Petersburg. It’s a scene that builds up to a high-tension hit-job where Madhi (Vikram) fee ls trapped, moments away from getting caught. An assassin and a mathematical genius, Madhi has so far had the perfect record, succeeding in taking out every target he’s been assigned. But with the Interpol closing in, he has seconds to wriggle out of a particularly sticky situation. In what the film has prepared you for until then, all you’r e expecting is one more clever way in which Madhi escapes. The film may also surprise you with Madhi pulling of f the impossible and assassinating the target he’s there for. Even with the tension building and with time running out, the director slams the brakes and chooses to take us away into a dream sequence deep within Madhi’s psyc he. New characters are brought to life in this dream and existing ones assume fresh meaning. 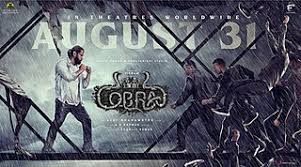 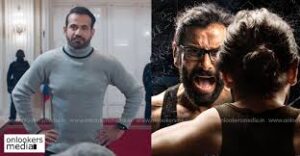 With this giant leap of faith, an ordinary film about a slippery assassin suddenly turns into a story about a vulne rable man with innumerable ways to escape the police, but not one to escape his past. It’s a surprisingly pe rcept ive turn to take in a film you had dismissed as too over-the-top and kitschy to display any real nuance. The first hour of the film is particularly bloated and showy. In fact, the film is so quick to show off its money bags that the first 15 minutes flash you with half a dozen countries and an equal number of Vikrams. The result is dizzying, like a hundred neon lights being pointed at you. The film’s world doesn’t get constructed like it should have been and the motivations of the characters are far beyond us. The first half of the film was pretty decent and the interval bang is handled quite well. The manner in which a key character is brought into the narrative is thought of well. Yet another major bonus is AR Rahman’s music and BGM which was top notch.One of the biggest drawbacks of the film is it is painfully lengthy. 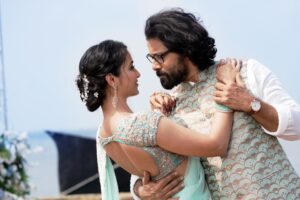 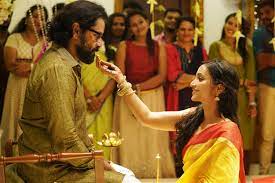 The story goes on and on in the second half boring the audience. Also, the story is quite confusing and creates so many doubts in the minds of the audience.The screenplay lacks basic punch as it is narrated in a complicated man ner. A simple storyline is made confusing for no reason. There are many scenes in the second half which defy logi c and drag the proceedings.The conflict point between the key characters is not at all established well by the dire ctor. A simple screenplay in the second half would have made matters quite simple for the audience. But that do es not happen and the film is sidelined in the last half an hour.Instead of detailing vital bits of information we nee d for the film to matter to us, Cobra goes ballistic by explaining how smart the hero is using math lectures. There’ s nothing sexy about the idea of a math genius in this context, but the film tries hard to connect the dots to make it look cool. To make this point, the writers use the assassination of a CM as a full display of genius. 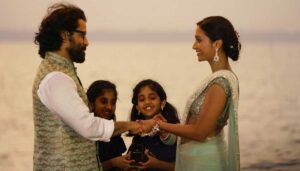 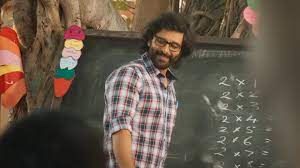 But when his modus operandi is finally revealed, what surprises you is hardly his mathematical ability. What I wa s fascinated by was his perfect aim and his ability to walk in so easily into a high-security event. And even if you ’re willing to suspend disbelief in these scenes, I kept calculating how much more money Madhi could have made doing makeup tutorials on Instagram rather than working as a part-time assassin. Coming to the director Ajay Gynanamuthu, he has done a dull job with the film. His story is simple but to make it engaging for the audi ence, he creates a complex screenplay which confuses things even more. By the end of the film, the common audience will surely have multiple doubts about the plot and their back stories. Ajay designs Vikram’s role well but the res t of his narration is haphazard and lengthy. And because his motivations are unclear, we don’t even know why he’s risking so much and the impact his money is generating (we get a shot of him giving it all to charity). 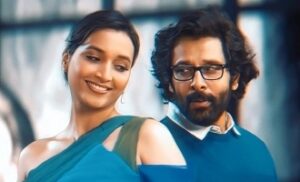 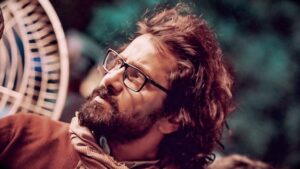 It’s also unclear why hipster billionaire Rishi (an unhinged Roshan Mathew) would risk so much to tackle an issue he could easily have dealt with using other means.Which is to say you’re really caught off-guard when the film su rprises you pleasantly with the aforementioned dream sequence. When seen along with a corresponding scene in the second half (the film’s highlight), one can only imagine what could have been had the film chosen to stick to this particular conceit rather than stuffing itself with a dozen more. And when you’re working with an actor like Vikram who can pretty much do everything, the challenge is often knowing when to stop. On the whole, Cobra is a half baked action drama that starts well and goes down in the second half. Vikram’s performance is top notch a nd AR Rahman’s music is an asset. In a way, what could have been an interesting thriller is spoiled by a confusing narration making this film a dull and lengthy watch this weekend.

But such moments of brilliance are too distant and isolated to hold together a three-hour film. And when the film chooses to take a path that begins at the interval twist, you’re once again taken back to the stretch at the start w here the film expects you to be wowed by twists alone. This is also where it turns into a convoluted mess with so much back and forth that finally, we stop caring. The action scenes have nothing new to offer and even AR Rahm an’s score can only soften the blow when the film moves from one far-fetched sequence to another.Eventually, i t’s these disjointed ideas that leave you most disappointed. It’s one thing to feel bad after watching a movie that has nothing going for it at all, but with Cobra, you come so close to moments of ingenuity that you just want to wa tch the movie that was in the director’s head. And when you see Vikram perform so earnestly through a seri es of disjointed stretches, you feel so bad for the actor who is constantly let down by the films he chooses. Ever since Anniyan, the solution to fix every Vikram film seems to be to add even more Vikrams to the script. With Co bra too following this principle, it’s perhaps time to ask how many Vikrams are too much in one film.